The Inland Empire is a metropolitan area and region inland of coastal Southern California, centering around the cities of San Bernardino and Riverside, and borders Los Angeles County to the west. It includes all of Riverside and San Bernardino counties.  The combined land area of the counties of the Inland Empire is larger than ten U.S. states – West Virginia, Maryland, Hawaii, Massachusetts, Vermont, New Hampshire, New Jersey, Connecticut, Delaware and Rhode Island – and is slightly smaller than the combined area of the last five (New Hampshire through Rhode Island). 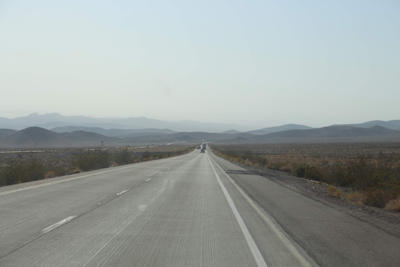 Drive America’s Highways for 117 miles north along Interstate 15 in California from Barstow to Nevada. Drive America’s Highways for 23 miles south along Interstate 15 from Ranchero Rd in Hesperia to Rancho Cucamonga at California Highway 210. Join us on this our latest short video as we drive the first mile of Interstate 40 eastbound in Barstow, California.