Flagstaff lies near the southwestern edge of the Colorado Plateau and within the San Francisco volcanic field, along the western side of the largest contiguous ponderosa pine forest in the continental United States. The city sits at about 7,000 feet and is next to Mount Elden, just south of the San Francisco Peaks, the highest mountain range in the state of Arizona. The Rio de Flag river runs through the city. 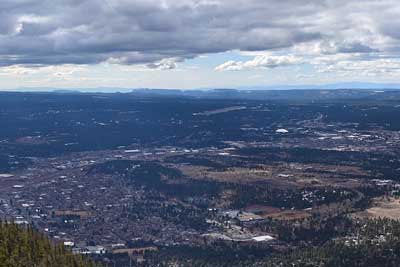 Drive America’s Highways for 67 miles north along US-89 from Flagstaff to Tuba City, Arizona